Sensory Overload And The Importance Of Headphones For Autistic People

If you’ve ever been in a loud and crowded place, you know how overwhelming it can be. Now imagine how much more overwhelming it would be if you had Sensory Processing Disorder (SPD). People with SPD are bombarded with stimuli that most people tune out, making everyday experiences incredibly overwhelming.

Sensory Processing Disorder, or SPD, is a condition that affects the way that people perceive and respond to the different sensations that they experience in their everyday lives. People with SPD often have difficulty processing certain sensory stimuli, such as sounds and textures.

This can make day-to-day tasks such as shopping or eating uncomfortable or overwhelming for those with this condition. However, some research has found that certain types of exercise and therapy can help people with SPD better process sensory information and manage their symptoms more effectively. 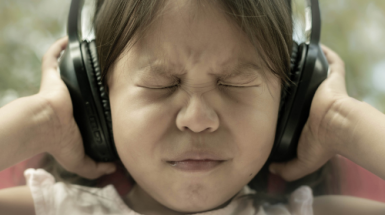 By improving one’s sensitivity to specific sensations, it is possible to gain greater control over how one perceives and reacts to the world around them and live a more comfortable, fulfilling life. Thus, despite its challenges, SPD can ultimately be a powerful force for growth and change.

About 1 in 68 children are diagnosed with Autism Spectrum Disorder (ASD), and it is estimated that up to 83% of people with ASD also have SPD. The symptoms of SPD can vary greatly from person to person, which makes diagnosis difficult.

However, many people with ASD find that wearing headphones helps them filter out some of the stimulating noise around them and focus on what they’re doing.

In some cases, headphones can even help people with ASD become more socially engaged by allowing them to control the level of sensory input they’re receiving.

The Importance of Headphones

Headphones are a crucial tool for anyone who struggles with sensory processing issues or autism. Because those who are on the spectrum can have difficulty with auditory information, the use of headphones allows them to focus on the sounds that are important to them without being overwhelmed by other environmental sounds.

Headphones also serve as a useful distraction for those who may have trouble regulating their emotions, allowing them to engage in calming activities such as listening to music or taking a guided meditation class.

In addition, headphones can help people with autism connect with others more effectively, both through online social platforms and in-person interactions.

Ultimately, then, headphones provide much-needed support and freedom for those who struggle with sensory processing challenges, making them an essential tool for all people on the spectrum.

Headphones are a common sight nowadays, but often we don’t think about why the person next to us is wearing them. For many autistic people, headphones are essential for filtering out the overwhelming noise of the world around them. The next time you see someone wearing headphones, take a moment to appreciate how important they are to that person’s well-being.

The Difference Between Headphones And Earphones

How To Use Apple Earbuds As A Mic And Headphones On Pc?

The Difference Between Headphones And Earphones

How To Use Apple Earbuds As A Mic And Headphones On Pc?